The Tasks screen shows a list of all documents that have been imported into the current project.

Under each task you can see meta data about the task: the time of import, the user who imported the task and the annotators and reviewers assigned to the task.

Project Owners/Managers can assign tasks to annotator(s) and reviewer(s) in order to better plan/distribute project work. Annotators and Reviewers can only view tasks that are assigned to them which means there is no chance of accidental work overlap.

Once an annotator is assigned to a task his/her name will be listed below the task name on the tasks screen.

When upgrading from an older version of the Annotation Lab, the annotators will no longer have access to the tasks they worked on unless they will be assigned to those explicitely by the admin user who created the project. Once they are assigned, they can resume work and no information will be lost.

At high level, each task can have one of the following statuses:

For Project Owner, Manager and Reviewer

On the Analytics page and Tasks page, the Project Owner/Manager/Reviewer will see the general overview of the projects which will take into consideration the task level statuses as follows:

On the Annotator’s Task page, the task status will be shown with regards to the context of the logged-in Annotator’s work. As such, if the same task is assigned to two annotators then: 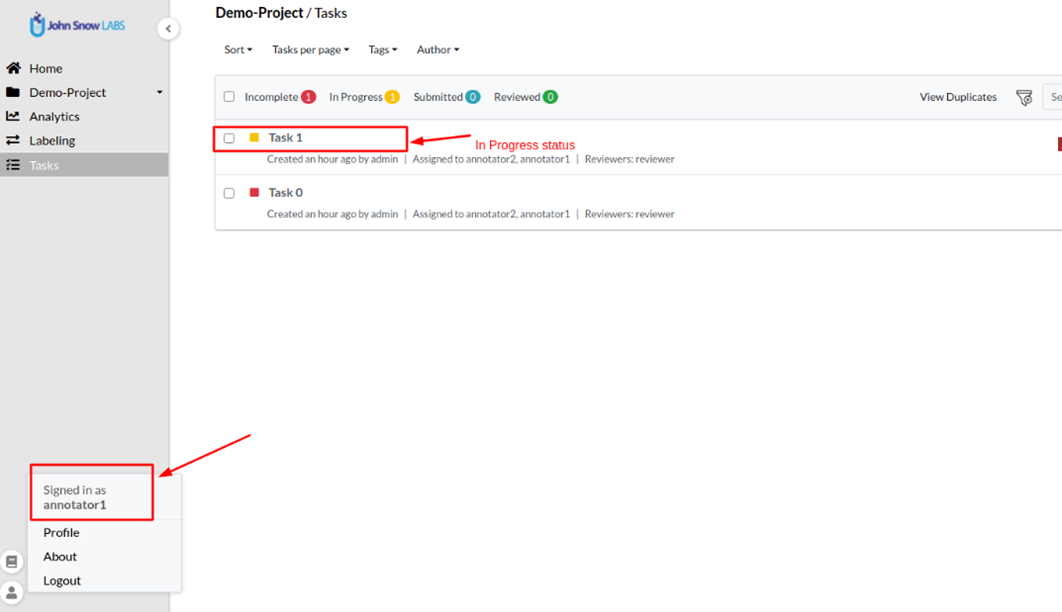 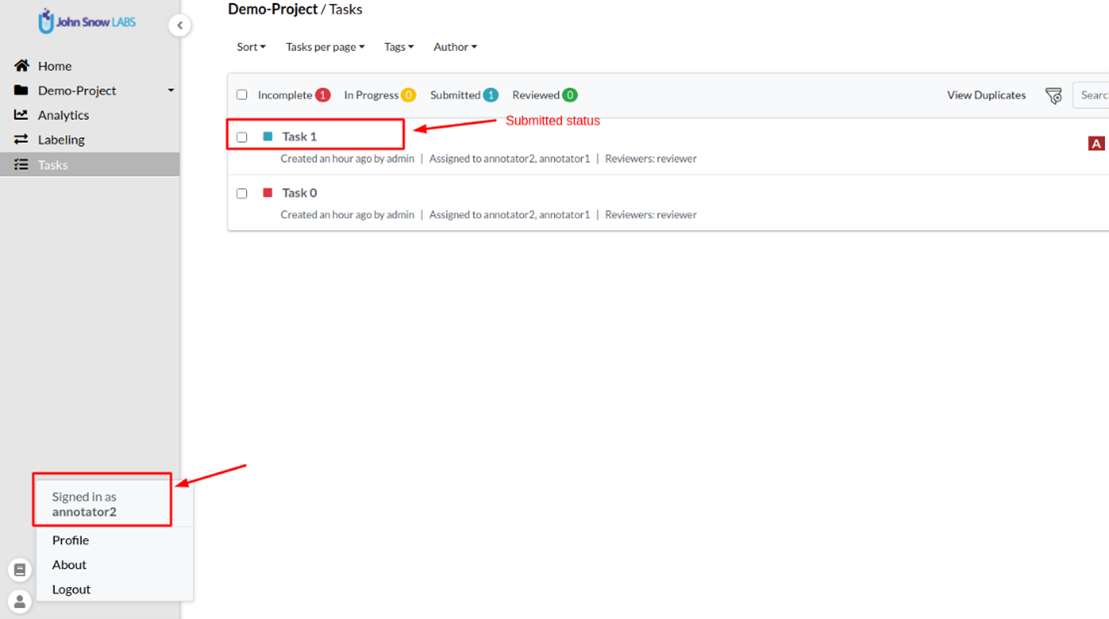 The following statuses are available on the Annotator’s view.

For users that have multiple roles (e.g. Annotator and Reviewer or Reviewer and Manager), the task status can get confusing. In order to eliminate all possible confusion, the View As filter was added. When selecting View As Annotator option, the task statuses are updated as if the only role the currently logged-in user has is Annotator. The same applies to View As Reviewer and View as Manager. This option is available only if the currently logged-in user has multiple roles.

As normally annotation projects involve a large number of tasks, the Task page includes filtering and sorting options which will help the user identify the tasks he/she needs faster. Tasks can be sorted by time of import ascending or descending. 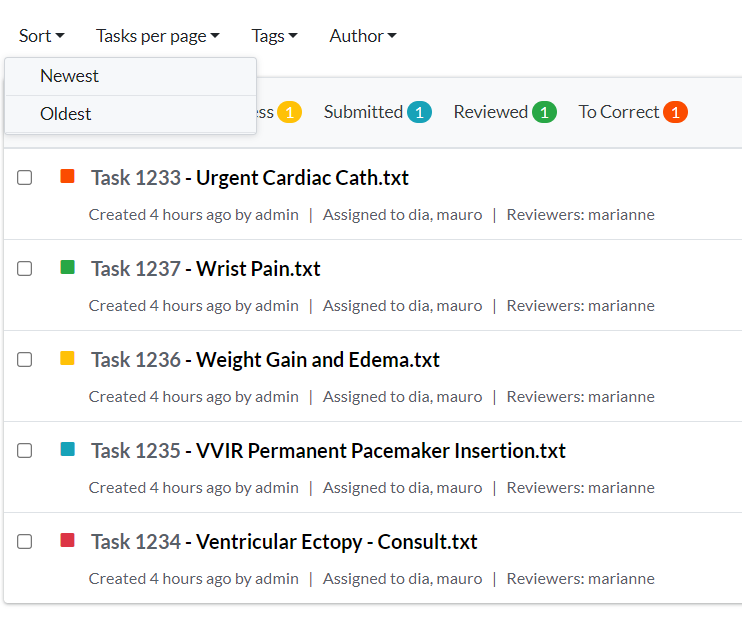 Tasks can be filtered by the assigned tags, by the user who imported the task and by the status.

There is also a search functionality which will identify the tasks having a given string on their name.

The number of tasks visible on the screeen is customizable by selecting the predefined values from the Tasks per page drop-down.

Annotation Lab supports the identification of tasks based on the annotations they include. Currently supported search queries:

Consider a system with 3 tasks which are annotated as below:

Comment can be added to each task by Project Owner or Manager. This is done by clicking the comment icon present on the rightmost side of each Task in the Tasks List page. It is important to notice that these comments are visible to everyone who can view the particular task.